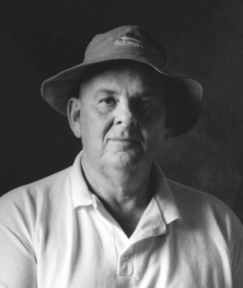 Les Murray, recognised as Australia’s foremost poet, died yesterday. He’d won numerous international awards and was sometimes tipped to win the Nobel Prize, although under the rules of the Nobel, that is no longer possible. Known as the ‘Bard of Bunyah’, his voice was distinctly Australian. During his career he was also the editor of Quadrant Magazine and he wrote the preamble for Australia’s proposed republican constitution which was rejected at referendum in 1999.

I read Murray as an undergraduate student in the 1980s and saw him recite some poems during the 1990s that he had recently written on the subject of ‘moo cows’. He lived on a farm he had grown up on. He seemed like a vibrant and humorous fellow, enjoying the ridiculous verses he had written.

Easter is almost over and I have to admit, I don't think any of us have read much over the break. We've each been too busy travelling or getting other things done, so this short blog post will be the only thing posted over Easter.

Meanwhile, we all do have books we will be returning to. And I have returned to the computer this afternoon to write a few more notes for our Famous Five reading project which we hope to start publishing in the near future. I've just finished book 5, and will start on book 6, Five on Kirrin Island Again, in the next couple of days. 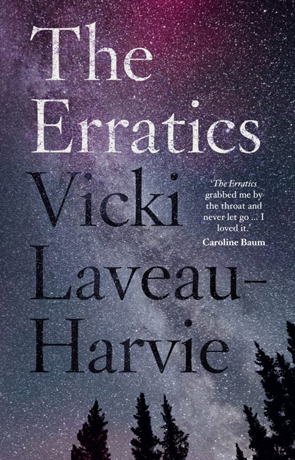 Vicki Laveau-Harvie has just been announced as this year’s winner of the Stella Prize for her novel, The Erratics. The Stella Prize is an Australian literary award for female novelists. Stella also tracks reviews of novels in twelve major publications and its findings are published on the Stella Website for the years 2012 to 2017 at the moment. Stella says that,

The Count assesses the extent of gender biases in the field of book reviewing in Australia. In order to do this, it records the authors, book titles and book genres reviewed, as well as the gender of reviewers, and number and size of reviews published.

We keep track of our own reviewing statistics for the Reading Project, so I thought I’d publish a raw ‘score’ of our own reading habits. Our website produces a gender bias in favour of men, although this bias is not uniform across our main four contributing reviewers, as the table below shows. Naturally, this skew results from our independence, since we review books from our own personal tastes: we are just an amateur website with limited time.

Of course, while we have no obligation as private readers to read any particular author or genre, it would be interesting to consider the factors that favour a bias towards male authors, particularly when a large proportion of the reading public are female. I imagine not just socialisation and education would be factors, but the publishing industry and journalism would also be key factors, which is what the Stella Award and the Stella Count are seeking to address.

Last week I bought a copy of the complete set of Enid Blyton's The Famous Five. Not a very sensible thing to do, on balance. I now find myself planning another Special Reading Project to add to the other long-term projects we have already started. So far I have read the first two books in the series but there won't be any regular reviews of them. I've yet to design the pages for this project - it takes me a lot longer to do, I assume, than many - so I've been making notes and writing material for the first two books and trying to get a sense of what we want to put on the site. As a result, I'm getting less read than normal. Lucy, the new member of our family who came to us last month (she's a Jack Russell terrier who likes to chew everything) also takes up a lot of time these days. I'm trying to find new routines to keep everything going at a reasonable pace.