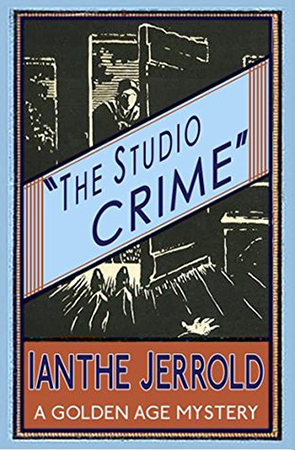 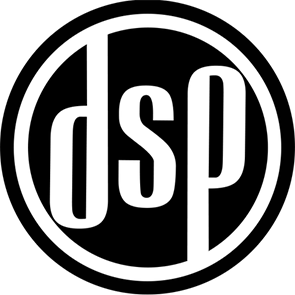 Ianthe Jerrold was one of the least prolific mystery writers of the Golden Age. Under this name she published only two mysteries, although she did write many other books. She did write another mystery and a spy thriller under the pseudonym Geraldine Bridgman. Her books have been long out of print until a 2015 reprint of this book and Dead Man’s Quarry. Dean Street Press have also now published the two Bridgman books under the name Ianthe Jerrold.

The action in this book begins at the studio of Laurence Newtree. Newtree is having a small party, with just six guests. It’s a foggy night, so foggy that people in the street can barely see others around them until they right next to each other. Jerrold agrees with Sherlock Holmes on the possibilities for crime in a London fog and the party opens with a discussion of the benefits of committing a murder under the cover of fog.

The studio party receives an invitation to visit Gordon Frew, Newtree’s upstairs neighbour, later in the evening, to view Frew’s renowned collection of rugs and Oriental art. But when they go upstairs, they find Frew dead, stabbed through the heart. The police are called and the murder investigation begins.

One of Newtree’s guests, John Christmas, is an amateur detective who has previously worked with the Detective Inspector in charge of the case. As a matter of course he joins the investigation, dragging Newtree along to play Watson to his Holmes. In most mysteries, the designated Watson character is happy with the role assigned to them, but Newtree is not that keen. He has the most beautiful exchanges with Christmas on this point at several different moments in the book, protesting that he is far too busy for all this nonsense and generally fails in his role as an appropriately hero-worshipping Watson. This makes their relationship much more amusing to follow, as the following exchanges show:

'I am Sherlock Holmes. You are Doctor Watson’

‘I’ll be Watson for this afternoon, but let it be understood that I’m not going to make a habit of it. I’ve got a great deal more work to do than that obliging gentlemen had.’

‘This is not the way that Watson speaks to his friend Holmes.’

‘Do you want me to tell you about this murder?’

Despite the lack of an enthusiastic assistant, Christmas throws himself into the investigation. He uses instinct rather than reasoning in his investigations. He forms a theory then looks to see if known facts fit his theory. If they don’t, he discards his theory and comes up with a new one. Christmas’s relationship with the official detective, Hembrow, is reminiscent of the relationship Lord Peter Wimsey has with his Inspector Parker in Dorothy L. Sayers’s novels: it’s cordial, and they share information freely and help each other throughout the case.

This is an enjoyable mystery, and Christmas is personable enough as the detective. He fits in well with other upper-class sleuths such as Wimsey and Albert Campion (Margery Allingham). It’s a well-written and well-plotted story, playing fair to the conventions of the Detection Club. I would recommend this book for anyone wanting a fairly standard mystery to relax with. It won’t stand out as one of the best mysteries to read, but it’s entertaining enough to have given me a few days’ pleasure. I will look out for her other mysteries. 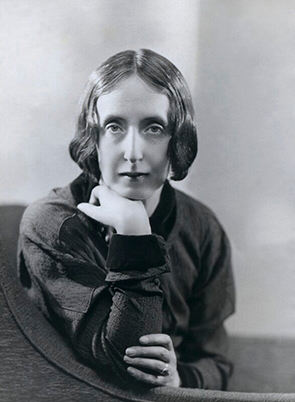 Ianthe Jerrold
This portrait of Ianthe Jerrold hangs in the British National Portrait Gallery. Jerrold was a founding member of the Detection Club but wrote only one other mystery novel under this name. However, the other mystery and spy thrillers she wrote under a pseudonym have recently been republished under her name.
Widget is loading comments...