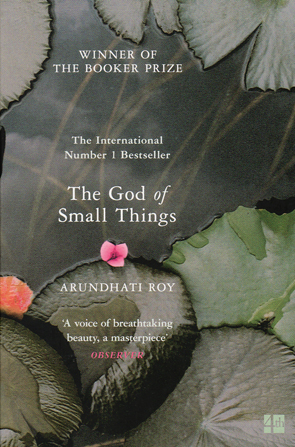 The first time I saw Gone With The Wind was in a small independent theatre in Sydney, long since gone. During the final scene when Rhett Butler delivers his famous line – Frankly, my dear, I don’t give a damn – and leaves Scarlett O’Hara standing at the door as he walks into the mist, I heard the overexcited voice of a middle-aged woman in the theatre behind me: He’s gone with the wind! He’s gone with the wind! The moment has stuck with me; her desire to attribute a meaning to the film’s title, essentially as she saw it (I assume) as a love story. In Margaret Mitchell’s book the title appears in the text once: Was Tara still standing? Scarlett wonders, Or was Tara also gone with the wind which had swept through Georgia? Scarlett and Rhett’s relationship represents the larger story of the conflicting ideals of the South and North. Despite his speculations in the war which made him rich, Rhett Butler is a conservative southern man. The wind that has swept through Georgia is Sherman’s army, marching to the sea to cut off the Southern army. Mitchell’s story is a big canvas told through the lives of its protagonists.

Arundhati Roy’s first novel, The God of Small Things, does something similar. Roy a writer from Kerala, India, sets her novel in the town of Ayemenem, 1969, a period in which the Communist Party was making political inroads with its promises of better living conditions and equality for a population riven by class distinctions and its debilitating caste system. With its multitude of castes, one thing remains most comprehensible to a western audience: that the Paravan, or Untouchables, were forever consigned to lower living standards and marital and professional opportunities by the traditional strictures of the system. Velutha, who has managed to become a carpenter and maintenance man for the Paradise Pickles and Preserves factory run by Estha and Rahel’s family, is a Paravan. Workers, jealous at his success, complain to their union about him. But Velutha is a card-carrying member of the Party, and things are complicated.

The bulk of the story takes place during 1969 when Ammu, the mother of Estha and Rahel, zygotic twins, receives their cousin, Sophie Mol from England, after her step father, Joe, is killed in a car accident. Sophie’s mother, Margaret, is persuaded to return to India to cope with the loss by her ex-husband, Chacko, who clearly hopes to restart their old relationship. Instead, Sophie is found drowned only thirteen days after their arrival. Roy foreshadows the scene of Sophie’s death and the terrible family consequences that that entails in the first pages of her novel.

The power of Roy’s story lies in her ability to imbue this family tragedy with mythic proportions, capable of suggesting the wider Indian condition – its class distinctions and their tension with modernising politics, the aftermath of colonialism, and the prejudices and hatreds of that society. Roy achieves this through the strength of her narrative voice which lifts the potentially parochial tragedy. The narrative is omniscient third person, but essentially told through the eyes of Rahel. Roy’s use of non-linear narrative allows her to give perspective to the great ‘Terror’ visited upon the family, since the narrative moves between the main events of 1969, as well as giving the reader access to the older Rahel and Estha in 1993, whose lives have been forever upended by the aftermath of the tragedy. Roy doesn’t just tell us what happened directly, but allows us to see multiple aspects of the key events of the story, the various subtle ways in which the family circumstances brought about the tragedy, and the way social prejudices and hatreds are brought to bear upon what has happened, through her meandering narrative.

Roy returns to certain scenes and themes, building upon their significance as the story unfolds. Sophie drowns, but it is not until later we understand why she was with Rahel and Estha when it happened, and why Baby Kochamma develops an antipathetic view of Velutha. It is not until the latter part of the story, with complete hindsight, that her prejudices become significant as we begin to see the terrible consequences of Velutha’s fingernails, painted with a woman’s nail polish. Symbols are also recurrent. For instance, Pappachi’s moth seems to haunt Rahel’s heart throughout the novel. Pappachi, their grandfather, discovered a new species of moth, but was denied naming rights and recognition due to an initial misclassification. Pappachi’s moth dwells in Rahel’s heart, an omen of dread and loss, its wings stirring whenever Rahel is faced with unhappiness. There is also a certain level of fate suggested by Pappachi’s moth which heightens the sensibilities of characters like Rahel and the terrible sense of inevitability that Roy’s decision to foreshadow the tragedy of Sophie Mol achieves in the opening pages.

Roy also makes good use of her country’s colonial past to imbue her story with mythic potential; a sense that her story is larger than her protagonist’s personal circumstances. Rahel’s family are well educated. Chacko was a Rhodes scholar and reluctantly admits that the family are Anglophiles. The family travels to the cinema to see (yet again) The Sound of Music. It is typical of Roy’s economic storytelling that the cinema visit results in Estha nursing a terrible secret, a clue to his later social withdrawal, as well as directing the reader’s prejudices against Velutha. Roy is masterly at subtlety linking several plot points simultaneously. A simple cinema visit becomes a side story about exploitation and fear.

Of even more interest is Roy’s weaving of Joseph Conrad’s Heart of Darknes into the narrative. The History House, owned by Kari Saipu, the Englishman who had ‘gone native … Ayemenem’s own Kurtz’, is a hole in their past and their identity now denied, sitting like a shadow across the river, locked and deteriorating, representing a colonial past that remains to haunt them:

‘But we can’t go in,’ Chacko explained, ‘because we’ve been locked out. And when we look through the windows, all we see are shadows. And when we try and listen, all we hear is whispering. And we can’t understand the whispering, because our minds have been invaded by a war. A war that we have won and lost. The very worst sort of war. A war that captures dreams and re-dreams them. A war that has made us adore our conquerors and despise ourselves.’

But Roy’s narrative is mostly a personal history, fractured and meandering towards its denouement. It is essentially a story of the forbidden between Ammu and Velutha, her Untouchable lover: of the intersection between the private and public; between those large issues that have a specific cultural and historical impact and the small moments that are private and seek a place to themselves. On looking back at this earlier period in her life, the Rahel of 1993 reflects:

They all broke the rules. They all crossed into forbidden territory. They all tampered with the laws that lay down who should be loved and how. And how much. The laws that made grandmothers grandmothers, uncles uncles, mothers mothers, cousins cousins, jam jam, and jell jelly.

It was a time when uncles became fathers, mothers lovers, and cousins died and had funerals.

Or, as Rahel also reflects upon the forbidden love of her mother all those years after the event: The Big Things ever lurked inside. They knew that there was nowhere for them to go. They had nothing. No future. So they stuck to the small things.

That is what lifts this book from the basics of its plot to something significant and emotionally engaging. By transforming personal tragedy into myth, Roy taps our consciousness of doomed love and the intersection of history and the personal. Like that woman who spoke in the cinema all those years ago, attributing meaning to a title, to read Roy’s novel is to understand that the small things may be what sustain us, but they are never free of the larger world that circumscribe our lives. This is a powerful book, at the level of its story, for its portrayal of Indian culture and Roy’s poetic, skilful writing. 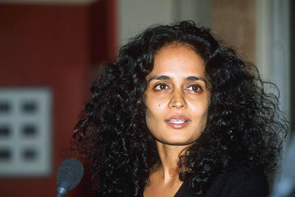 “Perhaps it’s true that things can change in a day. That a few dozen hours can affect the outcome of whole lifetimes. And that when they do, those few dozen hours, like the salvaged remains of a burned house—the charred clock, the singed photograph, the scorched furniture — must be resurrected from the ruins and examined. Preserved. Accounted for. Little events, ordinary things, smashed and reconstituted. Imbued with new meaning. Suddenly they become the bleached bones of a story.”

The God of Small Things