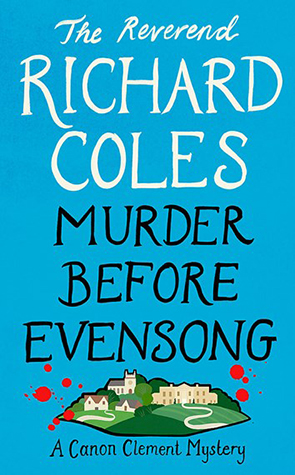 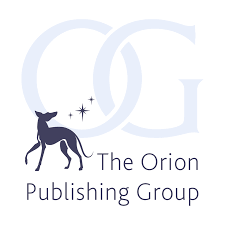 Murder Before Evensong is a very gentle, very English, mystery. Coles’ ecclesiastic background is obvious, with the detail he provides for his main character, the Reverend Canon Daniel Clement, Rector of Champton, giving the book a genuine feel for what the life of local rector would be like.

We mainly follow the rector in this story, putting a lot of the focus in the book on the impact of a brutal murder on the small village community, rather than on the details of the investigation. The whole book felt very familiar to someone like me who has watched too many episodes of Midsomer Murders set in English villages. It had much the same feel of a closed community where everyone thinks they know everything about each other, but everyone still has secrets that they keep well hidden behind their masks of respectability. Seemingly small actions, such as Clement’s proposal to build a lavatory at the back of the church, can have a flow on effect (no pun intended) that no one could anticipate.

At first, I couldn’t pick the year this book was set. It was obvious that it wasn’t current day, but the actual year isn’t mentioned. There are references to the TV shows Upstairs, Downstairs (1971-1975) and To the Manor Born (1979-1981) as recent shows, so I guess the early eighties would be close to its period setting, although I eventually discovered it is set in 1988, based upon a discussion of the current Eurovision Song Contest. There didn’t seem to be any reason at first for this not to be a contemporary story, but as it unfolded, it becomes apparent that local history from World War II is important to the plot: if the book hadn't been set in the eighties, it would not have be believable that there were people in the village who still had secrets from that time which they wanted kept secret. The reason the issue of time setting is important relates to the manner of the murder itself. For the the revealed murderer to have been believably proficient in hand-to-hand combat - skills gained during World War II - they had to be of a sufficient age for that, but still be young enough to overpower and kill a man in combat. . . . This lack of specificity of time setting is a flaw in the book, which I note has caused some confusion for other readers, based on comments in Goodreads. I think Coles would have been better to have actively specified the year somewhere early in the story. Even my eventual identification of 1988 was only because I googled the UK song entry discussed to get the year.

I loved the atmosphere and the gentle pace of this book, and will definitely read the second in the series, due out later this year. The murder and its resolution are nothing original, but I enjoyed the familiarity of the story and the setting. If Tom Barnaby from Midsomer Murder had turned up to do the investigating, I wouldn’t have been surprised. The setting and the characters are exactly what I would expect from this type of story, and I found it a very soothing read to start the year.

The book starts off very slowly: we don’t get the first body until page one hundred. People who like their action to start immediately probably wouldn’t get the enjoyment out of this book that I did. But I think there was a pay-off later in the book where the careful set-up and character introduction we get at the beginning makes sense of the plot in the second half. I also think Coles might have already had in mind that he would be writing a series of books around this character and he is giving us a detailed background from the start, rather than letting us gradually get to know his characters. A gradual reveal can be good, but possibly Coles has, like me, read other mystery series where the main character’s background gets changed to suit the needs of the plot. I always find that that those authors don’t clearly think through their main character’s backgrounds for their first book.

As a result, Murder Before Evensong is a more character-driven piece of crime fiction than some, with a setting and character sure to evoke a quaint atmosphere.

20 Things to Do in Midsomer Before You Die
A documentary made on the 20th anniversary of the show, Midsomer Murders. Murder Before Evensong fits right into the world made familiar to viewers of Midsomer Murders: that of a sleepy English village where everyone has a secret and violent death is waiting around every corner for the unwary.
Widget is loading comments... 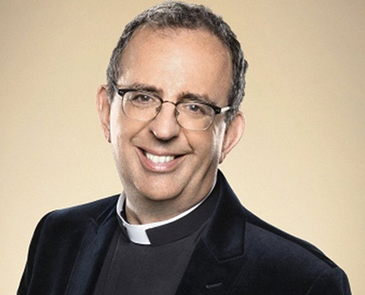 Reverend Richard Coles
Coles is a former Church of England vicar who retired from parish duties in 2022 over the attitude of the Church of England to gay marriage. He is also a former musician who had several top 10 UK hits with his band, the Communards, in the mid-eighties, and is a regular guest on a number of UK panel shows. While Murder Before Evensong is his first work of fiction, he has previously published several works of non-fiction, including his memoirs.