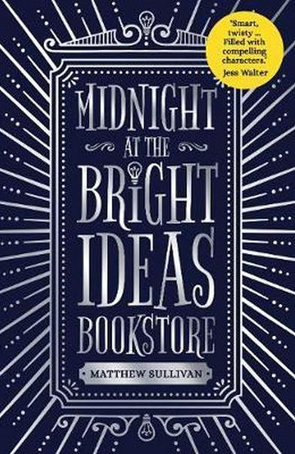 Until I approached the end of this book, I was going to give it 5 stars, but there were a few too many coincidences in the final few chapters that just strained credibility a bit too far. That’s probably not fair of me, and it doesn’t take away from the fact that this is an excellent book, a page turner that you just have to keep reading to find out what will happen.

Lydia lives a strangely isolated life, and doesn’t seem to connect much with other people. But she cares deeply about several of the homeless men who spend much of their days in the bookshop she works at. She is devastated when one of her favourites (Joey) kills himself in the store, leaving her to find the body. Lydia is shocked enough already by this, then gets an additional shock when she sees that Joey is holding a photo of her on her 10th birthday in his hand.

She starts to look into his life, trying to find out why he killed himself and what connection he had to her. She also starts remembering a traumatic incident that happened soon after that photo was taken. We gradually get drawn into a deeply suspenseful story, one that keeps you reading to find what is happening. But it’s more than just a good mystery. People from Lydia’s past come back into her life, and as well as figuring out what happened to Joey, she also has to face things about her own life she has buried deeply for years.

So, there are two stories which become intertwined – who was actually responsible for what happened to Lydia as a child, and what has happened to Joey to make him take his own life in the present.

This book is nothing like the cosy style mysteries I normally prefer to read. It was a lot bleaker than a cosy mystery, but it also had a lot more depth than a typical cosy mystery. The families in this book were complicated, nothing was ever simple and easy, and you just feel the hurt and trauma everyone is feeling.

The reveal at the end was cleverly done. As with all good reveals, it was unexpected, but when you think back over parts of the story, you realise that there were actually a few hints thrown in. But they just fitted into the story, without anything to give away that these were the bits you should pick up on.

Overall a well written, suspenseful mystery/thriller. Highly recommended to anyone who the mystery genre.