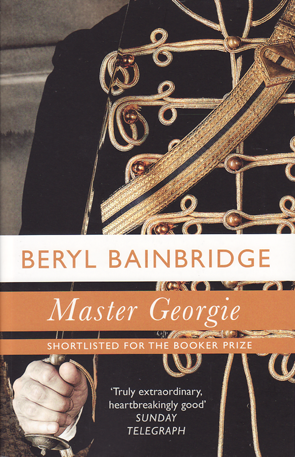 This is the cover from the edition I read, published by Abacus 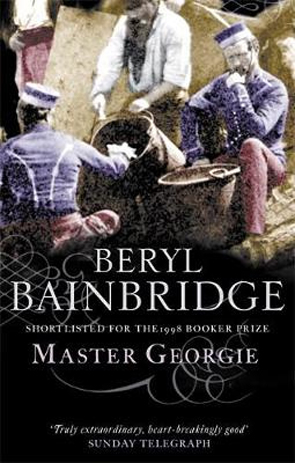 This is the cover I used for this website before I acquired my own copy. After reading the book I'm inclined to prefer this cover, which is why I've also included it. It appears that a photograph from the Crimean War has been used, which is relevant to the novel.
Master Georgie
Beryl Bainbridge

Beryl Bainbridge’s Master Georgie focuses each of its six chapters around the production of a photograph. This is significant because George Hardy of the title is a doctor who volunteers to travel to the Crimea Peninsula as it becomes apparent that war will soon break out. And while the photography of the American Civil War has left an indelible impression, it was the Crimean War that was the first major conflict ever to be photographed. The catalysts for war lay with the frustrated efforts of Russia to gain territory at the expense of the declining Ottoman Empire, as well as the rights of Christian minorities in the Holy Land. The period for the war was October 1853 to February 1856. Russia eventually lost to a coalition of French, English, Sardinian and Ottoman forces. Tennyson’s poem, ‘The Charge of the Light Brigade’, was inspired by a doomed attack by English cavalry against Russian cannon in October 1854, and appeared only weeks after the event:

A British photographer, Roger Fenton, was hired by the British government to take photographs of the Crimean conflict, primarily as a source of propaganda for the campaign. Fenton spent three and a half months on his assignment. One of Fenton’s most famous photos was taken in April 1855, about six months after the charge of the Light Brigade and Tennyson’s poem:

The image on the left shows a road to Sevastapol littered by cannonballs from Russian artillery. The second image, also taken by Fenton, shows the same road without the cannonballs in the middle. Naturally, a discrepancy like this raises the question about how accurate the first photograph was and to what extent it had been staged. Of course, realistically, we must expect that most images taken by Fenton were staged for two reasons: first, his purpose was to produce propaganda; second, the photographic technology of the time required elaborate setups and long exposures to work. Subjects usually had to remain quite still to be photographed (“We stood for a long time, motionless as statues…” page 99). So it was not unusual for subjects to lack the vitality and spontaneity we can expect from modern photography that costs us virtually nothing in effort.

Master Georgie is narrated from the perspective of three characters, beginning with Myrtle, who is adopted into the Hardy family at a young age, after she is found in a cellar sitting beside a woman whose body is being eaten by rats. Myrtle now knows of no other family, but this hasn’t stopped her developing a young girl’s infatuation for Master Georgie, who is training to be a doctor. Pompey Jones, a street urchin who helps George when his father dies, becomes his assistant and later photographic assistant during the Crimean conflict. And Doctor Potter, married to George’s sister, Beatrice, but consumed by a passion for geology, follows Georgie to the Crimea, as does Myrtle and Pompey, and becomes an unwilling participant.

Bainbridge’s prose is concise and her staging is impeccable. Given her subject matter, there is a lightness to the writing, even to the extent that some scenes become farcical. The novel opens with a wonderful scene in which Georgie’s father, Mr Hardy, has died in the arms of a prostitute, and to save family honour he enlists the help of Myrtle and Pompey to drag Mr Hardy back home where he can be ‘discovered’, respectably, a few hours later by a servant. Or a scene at a concert where Myrtle, moved to tears by the music, inspires Naughton, a representative of the Liverpool Board of commerce and man-recently-infatuated-with-Myrtle, to throw one of Lord Cardigan’s hussars over the balcony into the percussion section of the orchestra, in a mistaken belief that he has upset Myrtle. An attentive reader might wonder if the man was better off with his back injury, considering the future fate of the Light Brigade.

Photographs and seeing are a constant motif throughout the novel. Just as Naughton sees what he does not see at the concert, leading to dire consequences, Georgie’s wife suffers a miscarriage when she improbably sees a tiger in their house, after Pompey moves a tiger rug as a prank. Pompey wonders at the efficacy of restoring sight to an ape that had cataracts, since all it can do is look out from a cage. And Doctor Potter wonders at photographs which appear to freeze time, but tell us nothing of the inward mind of a person. As he stands at a gruesome funeral, along with others, being photographed, his mind wanders joyously to amorous moments with his wife. Even in these nascent moments in the history of photography, its objectivity is coming into question. Troops who are about to march to war and probably die, are photographed for propaganda. The final photograph of the novel is an ironic and sad parody of the first which was accompanied by so much farce.

At the heart of the novel is the problem of a fixed belief in one’s self or place in the world. Georgie marries Annie but struggles with his sexuality, and makes a pass at Pompey on the day of his own father’s death. Pompey, determined that he will survive the war, believes he only need concentrate and will himself to live, as though life itself was a matter of will. Yet when he projects his thoughts onto the war he cannot see any way to predict who, other than himself, will live or die. The world is chaotic. Nothing he knows can predict or make sense of his situation. Throughout, there is tension between the concepts of science and its products like photography, and the tenets of war, chance and human nature.

This is what makes Bainbridge’s approach so effective. Each photograph, as we imagine them, is transformed by the moment of their production and their intent. We are reminded that they are not just snapshots of an unambiguous moment, but exist as part of an intent within history. And science, as much as Doctor Potter wishes to return to its rational world, is immured in a world of chance and subject to the same vagaries as its proponents. Pompey keeps the photograph of Myrtle posing with the dead Mr Hardy for years, but when he finally shows it to her on their way to the Crimean conflict, the photograph has blackened and there is nothing left but some scratches. Nevertheless he has kept it, not as a record of the physical moment, but as a memento of the first moment he met her. This is something the photograph cannot record.

Bainbridge turned to historical fiction later in her career, but a novel like this shows she understood that her historical narrative still had to accommodate the interests of a modern audience. In her hands, the photograph represents not just access to visual history, but allows her to interrogate notions of truth, representation, and contextual evidence, which in turn tells us something about her characters. Her characters are modern, torn by doubt, avarice, jealousy, and struggling to understand their place in society and history. I thought this novel was pretty good, and I’d be interested to read some more of her historical fiction. 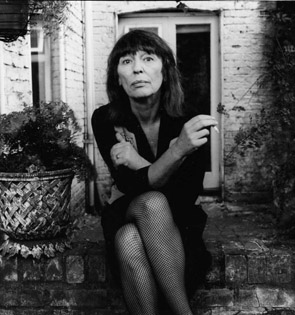 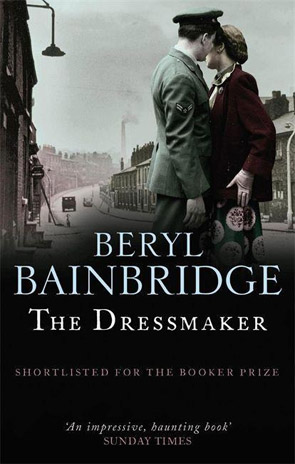 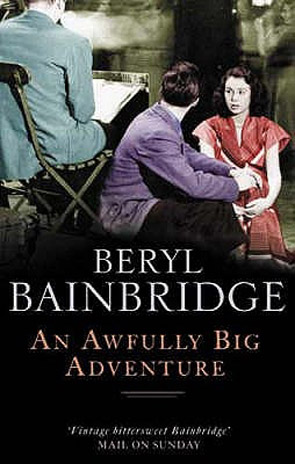 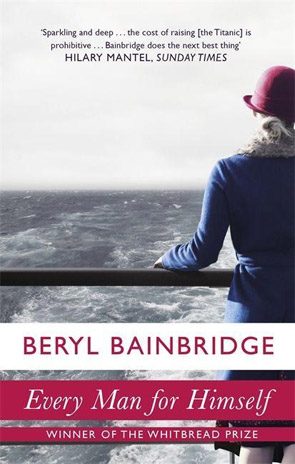 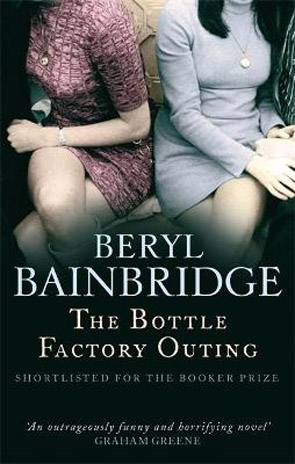 The photographic van in used in Master Georgie is originally a Punch and Judy van that Georgie uses to get his father home after he dies in a brothel. Pompey’s description of the van is close to this photograph taken by Roger Fenton of a photographic van used in the Crimean War:

… I’ve taken to sleeping in the van, to be out of the damp. I claim it as my own vehicle, seeing it was me who purchased it, the Punch and Judy man having died and gone to his maker. It was also my idea to put in tinted windows and build shelves, though I regret painting the outside white as it can be seen for miles and often draws fire.