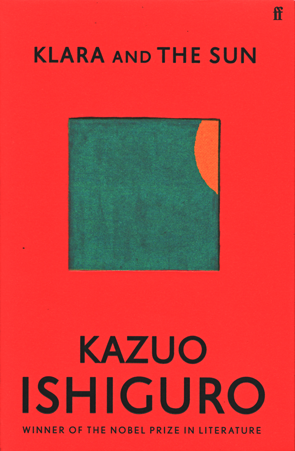 I was about halfway through reading Klara and the Sun, having merely enjoyed the story until that point, when I suddenly thought that Kazuo Ishiguro had written another novel based on the Arthurian legend. It’s one of those things we do as readers – as human beings – to make connections with what we already know: an ordering and finding of patterns to shape understanding. Klara, an android in the future known as an AF (Artificial Friend), similarly tries to make sense of her world and has turned her mind to the problem of saving Josie, the young girl for whom she acts as companion. Josie lives in an isolated place in America with her mother, Chrissie. They have only one neighbouring family, Helen and her son Rick, with whom Josie has grown up. Josie and Rick have a plan. They have pledged their undying love to each other, and when they are older, they accept that they will become lovers and remain devotedly in love. But reality threatens to thwart their dreams of happiness. First, Rick has not been ‘lifted’. That is, he has not been genetically modified to help him compete in the education system of this future world, and despite his natural intelligence and talent, he is not likely to receive the same opportunities as Josie and her lifted cohort. Second, Josie is sick and may very well die before she ever gets to college.

The Arthurian insight came during a scene in which Klara has approached a barn on the farther field from their property where the Sun appears to set in the evening. Klara has come to ask the Sun’s benevolence in order that Josie might recover and live a full life. Ah!, I thought. The sick king, a quest to bring him back to health: and then after that, just a few pages later I read the family’s surname for the first time; Arthur. Well, sure. Ishiguro has stated that each of his novels are basically the same story, so it shouldn’t be surprising to find an echo of The Fallen Giant, his previous novel based on the Arthurian legend, or Never let Me Go which explores the problem of what defines our humanity.

But reducing Ishiguro’s novel to an Arthurian quest leaves little else to say about it. Yet acknowledging the vagaries of the reading process that created this insight is a way to talk about the book’s exploration of our humanity. In Ridley Scott’s film Blade Runner ( a momentary digression), his Replicant characters (human androids) attain a level of humanity that is difficult to separate from what is truly human. Roy Batty demonstrates his humanity in his grief for Pris and his saving of Deckard. And Rachel is unable to separate false memories from her own real memories. In Ishiguro’s novel, Klara’s humanity is explored through her misguided beliefs that centre upon the Sun, and her childlike disposition. As the novel opens, she is one of a number of AF in a city shop awaiting purchase. The AF take turns in the shop window, a prized position since it increases the opportunities to be seen by potential new owners, as well as allowing the AF better access to the Sun, which provides them solar power. During her turn at the front of the store Klara is able to observe the Sun’s light moving across buildings, as well as its apparent regeneration of a beggar and his dog whom Klara believes have died. From the circumstances of her early existence Klara formulates a belief system based upon the Sun. From the known – that the Sun provides her energy – Klara posits that the Sun is benevolent, since it has chosen to return a beggar to life, that it can be solicited for help, and that it has intention.

This is central to the premise of the narrative. Klara’s is an ontological position not dissimilar to many religious creeds. Key tenets of Christianity have been linked to earlier Sun worshippers, the Resurrection for instance, which is a regenerative event, and God’s benevolence. Likewise, Klara’s narrow understanding of the Sun is the source of a creative understanding of her world and her response to it. Her belief system determines other aspects of Klara’s artificial humanity. She maintains hopefulness and a belief in an ordered and meaningful universe. In essence, her understanding of the world is on par with that of an intelligent child. Josie and Rick cling to their belief that their childhood feelings for one another will endure their transition into adulthood, and Ricky is willing to invest his belief in Klara’s mysterious hope that she can effect a cure for Josie. Yet the manager of the AF shop gives Klara a warning of which she fails to understand the wider implications: Children make promises all the time. They come to the window, they promise all kinds of things. They promise to come back, they ask you not to let anyone else take you away. It happens all the time. Like a child, Klara can develop a complex belief system and invest emotions into that and the family she serves, but she lacks the complexity to change. Klara is paradoxically complex and simple, which raises traditional questions around the concept of Artificial Intelligence: of the ‘human heart’, both the ability to mimic human physiology and behaviour, and as a metaphor for the essence of humanity; whether a machine can achieve a unique human identity beyond the limits of their construction. Klara is valued for her skills at observation, recall and mimicry. But is that human?

On the flip-side of that is what humans perceive and value about their own humanity. AFs are purchased to keep children company while they are kept at home to study. Children are also introduced to social groups via ‘interaction meetings’, which are artificially polite. Society and company are valued, yet AFs are left in dark rooms when convenient, or placed in the car boot to travel. Conflict arises because people change, or aren’t perfect, but AFs remain stoic, stable companions whose company is expendable. There is a sadness at the heart of Klara’s situation but she does not perceive it. Like a saint burning for their beliefs, the desires Klara might express, the consideration and loyalty she might demand if she were truly human, or if she were capable of evolving her understanding of her world, remains subservient to a sense of hope that human beings in the novel cannot maintain: childlike naivety. She may be able to observe change, but that is not the same as developing a self. It is ironic, then, that the qualities most valued in Klara, that make her a valuable commodity in the life of the Arthur family as Josie grows, are those which make her less human.

As it is with other Ishiguro novels, the experience of reading Klara and the Sun is deceptively simple. It has the quality of a fairy tale or fable. When Klara wishes the Sun to save Josie she perceives that she must earn the favour, and so like a knight of old, goes out to slay a beast to show her worth. In this case, the beast is what she calls the Cootings Machine, a machine she has observed in the city billowing out pollution. It is hard to put aside the feeling that Ishiguro is leading us through his tale without comment, waiting for us to make the connections ourselves. To see that Klara’s attempt to help Josie is like Ricky’s mother’s attempt to seek help for him. That each mother, Chrissie and Helen, are both driven by a fear of loneliness, and from that, that the human condition is ultimately one of isolation. At another turn the story is about trust, or it is about hope, about cruelty and even betrayal. There are so many mental paths for the mind to wander as Klara’s great achievement and fate are revealed. It’s a truly moving story because what happens to Klara happens to the child within us, and Ishiguro allows us to see it for ourselves. 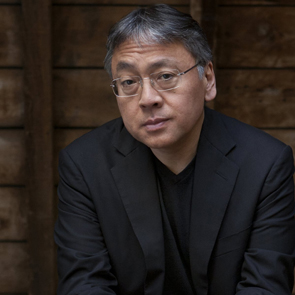 Let me ask you this. Do you believe in the human heart? I don’t mean simply the organ, obviously. I’m speaking in the poetic sense. The human heart. Do you think there is such a thing? Something that makes each of us special and individual? And if we just suppose that there is. Then don’t you think, in order to truly learn Josie, you’d have to learn not just her mannerisms but what’s deeply inside her. Wouldn’t you have to learn her heart?