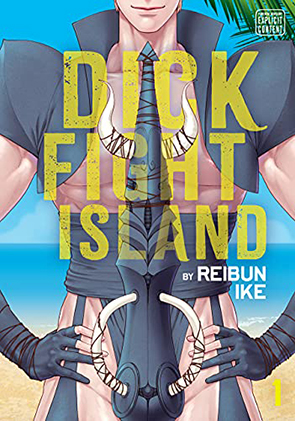 What on earth have I just read? I went into reading this one prepared to enjoy its ridiculousness and I wasn’t disappointed. It was hilarious. But at the same time, it was actually a bit sweet. The basic concept is that this group of fictional islands (the Pulau Yang Indah) have a battle competition every four years to choose their new king. Each of the eight clans selects a warrior to represent them. The eventual winner can choose to be the new king or can nominate their clan chief to be the king. But rather than some engaging in some blood fight ending with the warriors beaten, maimed or dead, in this tournament there is one simple way of winning – ejaculate last. That’s right, whoever comes first, loses.

The warriors all protect their manhood with elaborate armour, to make it more difficult for their opponent to have easy access to them. This armour, however, leaves their arses completely bare, because that’s the sign that you’ve reached manhood in this world: having the right to bare your arse. It’s a switch and exaggeration of the norms of Western culture, where it is usually more acceptable for women to wear clothing that is revealing. And this little detail becomes important in the tournament in this book because one of the warriors has been overseas for the past four years and has a secret weapon to bring to his battles - the prostate gland!

There are plenty of movies out there based on the premise of a fight to the death, where the last one standing is the victor. But they seem to have all the contestants fuelled with hate and rage for each other, determined to annihilate all opposition. That’s not the case in this book. The contestants all seem to genuinely admire each other; are all friendly. Many of them have trained together and are close friends. We gradually get the backgrounds of many of them and find out their motivations for wanting to win, and how much they really care for each other. Which is why I said at the beginning that this was surprisingly rather a sweet book. I was also surprised at just how naïve many of the warriors seem. They are just so innocent in so many ways. So, despite what some might consider to be shocking sexual content – the images of the sexually charged contest are explicit – it was lovely to see the warriors acknowledging their feelings for each other while they continued to try to win.

And the whole concept of their tournament is just brilliant. Long ago the clans would actually fight each other. But at some point in their history, they came up with a better way to choose their leaders: what they call the Great Wyrm Tournament. What a civilised way to behave! Although, each clan cheers for their champion and gleefully discusses the tactics used in each battle, everyone is in a celebratory mood as they attend the battles, and everyone abides by the result.

My reading of this book was a bit disrupted. I read about half of it quickly, then had to put it away until yesterday. So when I finally had the time to pick it up yesterday, I went back and started it again, and finished the entire book in the afternoon, as I normally can with manga or graphic novels. It is really quick to read. The illustrations in it are beautifully detailed, with each character easily distinguishable and the action clearly, and explicitly, drawn. But if you have a problem with male on male sex action, then it might be best to avoid this one. The image below gives a sense of the artistic style of this graphic novel without showing anything too explicit. Otherwise, it was a great fun and I think a lot of people would enjoy the characters and the story. 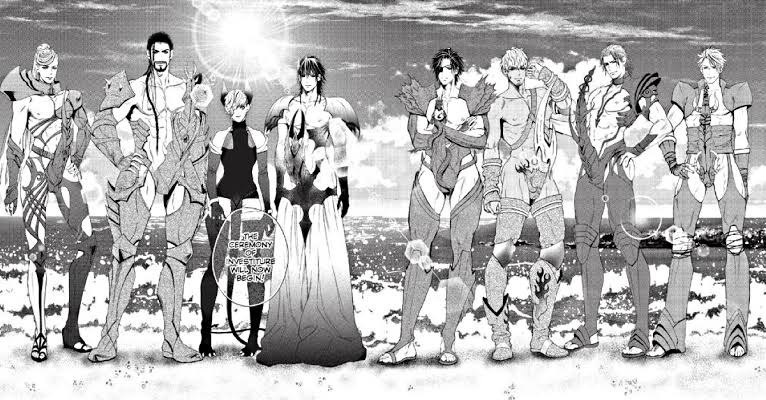 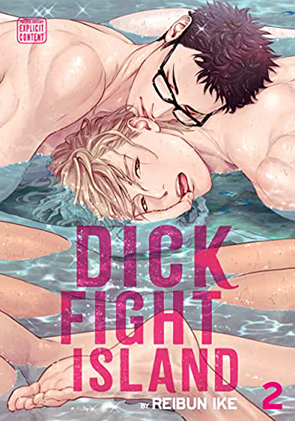 A Part of a Series
That's right! While the concept of Dick Fight Island might be silly and fun, you might also think it limited in scope. Nevertheless, Reibun Ike and her publisher, SuBLime, obviously think the idea has potential for a series. Volume 2 was published in March 2022, less than a year after the publication of volume 1 in April 2021. This cover makes the story's homoeroticism even more obvious.