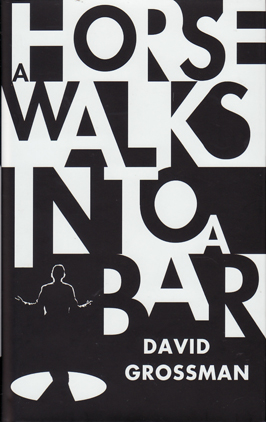 A Horse Walks into a Bar
David Grossman 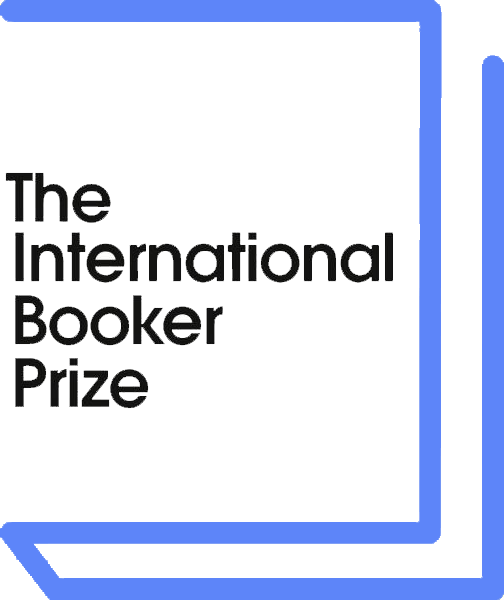 Those familiar with Coleridge’s The Rime of the Ancient Mariner will recall that his supernatural tale of a voyage to the Antarctic and back is told by the ancient mariner of the title to a wedding guest he has waylaid. Through some power conveyed by his glittering eye, he compels the wedding guest to listen to his tale and the confession of his crime: that he shot the albatross, thereby bringing bad luck to the ship. The experience of the wedding guest is not uncommon, especially when a speaker is in a confessional mood. Feelings of discomfort, embarrassment, even anger can be aroused by this kind of forced submission. On the other hand, as readers, we willingly embrace fiction, even autobiographical works which reveal uncomfortable truths about characters or the writer, yet we’re fine with that. The act of reading confers anonymity and detachment that makes what might otherwise be uncomfortable or even stressful, a fascination and a pleasure.

I was thinking about this as I considered my reaction to David Grossman’s A Horse Walks into a Bar. I’d bought the book shortly after it won the International Booker Prize in 2017 and had made several attempts to begin reading it since. It wasn’t until last week that I determinedly sat down and ploughed through the first few pages which were now familiar, and then further into the book. Dovelah Greenstein, a stand-up comedian, is performing in a bar in Natanya, Israel. It quickly becomes apparent that he is not on his game and his audience is restive. He berates the audience, singles out women for their obvious plastic surgery and pulls up his own shirt to reveal his emaciated body, presumably reduced by sickness. He smacks himself in the head, he speaks about his family. In short, he is not the light-hearted comedy routine his audience has paid to see. Dovelah’s stage show is the first level of narration that Grossman introduces. In addition to this is the first-person narration offered by Avishai Lazar, a former court judge who has agreed to watch Dovelah’s show after Dovelah made contact with him. Dovelah and Avishai met briefly when they were young. Each attended a state-sponsored military camp, and Avishai is aware that had it not been for Dovelah’s presence, he would have been the focus of much of the bullying that Dovelah endured at the camp. Now, Avishai watches the show from the back of the room, expressing the disquiet a reader might already be feeling – he notes he is only five paces from the exit – and making notes on napkins. Dovelah has asked Avishai to watch his show and tell him what he sees: “I want you to see me, really see me, and then afterwards tell me.” Having been a judge, Avishai is confused: “You want me to critique your performance? […] You want a personal verdict?” But Dovelah wants something more difficult. He wants to be understood, but also to be seen in his raw, nakedness; his history, his person, his anguish, his very being. And he wants honesty. “Look at me for a while, really that’s all, and then tell me – but don’t take pity on me, that’s the main thing…”

Dovelah’s confessional performance makes Grossman’s novel an uncomfortable read at times. The story, which eventually focuses on the camp Dovelah and Avishai attended, and his trip back to Jerusalem to attend his “first funeral ever”, cannot be told as a single narrative. Always there are the demands of the audience to be taken into consideration. Some abuse him, others demand more jokes while others walk out on him, leaving him with an ever-dwindling crowd. Unlike the ancient Mariner, Dovelah does not have a glittering eye to help him, only his desperate humanity, his cajoling and bargaining with the audience and his occasionally resorting to jokes to keep them happy. Most of the jokes are bad, old or both, although I liked the Blonde joke told by Dovelah’s driver which I think no Blonde would ever find offensive (for once the blonde is not the butt of the joke). But it’s really his narrative that really ties the show together. We are aware that he not only has a terrible trauma to reveal, something which he has harboured even until his fifty-seventh birthday, which he claims to be this day, but we are aware of his vulnerability. We react poorly to Dovelah to begin with, which makes the opening hard to get past, but Grossman softens him as we begin to delve into his past. In addition to this, it is revealed that some members of the audience have a connection with him, and are willing to defend him against his detractors. Azulai, a manicurist and self-declared medium, is herself an outsider. She is exceptionally short, has a speech impediment and is overly-literal when she responds to Dovelah’s jokes. But she made a connection with him as a child. He showed her compassion and he never teased her. Having at first made fun of her in his show – he calls her Thumbelina – he eventually remembers their connection and suggests she leaves, presumably to protect her from the story he intends to tell. She refuses to leave and supports him, and as readers, we too are increasingly on his side as he delves into the crucial moment that defined his life.

Grossman’s novel is a skilled portrayal of a man falling apart, but it also evokes a sense of the dilemmas facing Israel and Palestine after fifty years of conflict. Dovelah recalls that his mother, Sarah, worked for Taas, the Israeli Military Industries in Jerusalem. Her job was to sort bullets. We sense the tedium of her work, as well as her inner conflict. At home she is “not an authorized user of knives”, as she bears “the finest vein embroidery” on her wrists after an attempted suicide. Sarah is bothered by news reports about the killing of Palestinians, and she cannot bring herself to express support for the Israeli army. Dovelah, a man conflicted by his past, recalls a mother in conflict by her own ideals.

And this seems typical of characters in this novel. Each bears scars from their past, even Avishai, our narrator. Avishai eventually feels compelled to remain for Dovelah’s entire show because he senses their affinity. By telling the story of the Gadna military camp at Be’er Ora, Dovelah is also reminding Avishai where he has come from and his own vulnerabilities. Like Dovelah, Avishai’s adult career – a judge – was a performance of sorts, from which he was eventually forced to retire after his over harsh criticisms of defendants, even their lawyers. His apparent lack of compassion for witnesses alienated his girlfriend, Tamara. It seems those most empathetic to Dovelah – those who understand their own vulnerabilities and failings – are the audience members most likely to stay to the end of his story. Others, those who feel most secure and certain in their world, are the targets of Dovelah’s most vituperative satire. He imagines for his audience a kind of right wing Utopia, for instance, in which Palestinians can be victimised and humiliated without repercussion: “You feel like putting a little Palestinian village under curfew for a week? Bam - curfew! […] you feel like seeing Arabs dance at a checkpoint? Bam Just say the word and they dance, they sing, they undress.” Many in his crowd are drawn in by this scenario, but moments later, Dovelah turns the tables. The fairy godmother who has made this world a reality is “a fickle bitch”:

“She likes to switch things around every so often, which means that after we’ve had our fun and games for a while it’ll be us - surprise! – singing Biladi Biladi at their roadblocks!”

David Grossman’s opposition to the occupation of Palestinian land is well known, and it is not hard to see that Grossman uses Dovelah, to an extent, as a mouthpiece for this issue. But the narrative moves inexorably to Dovelah’s personal revelation; a terrible choice that has affected him to this very day. Eventually, having found Dovelah’s show off putting when we began this novel, as readers we are drawn closer and closer to the heart of Dovelah’s being as his show winds down. Dovelah’s essential question is existential: how to be. How does one exist with eternal conflict? How does one reconcile that conflict with an essential view of ourselves? It’s a clever piece of tight-rope-walking narrative play that Grossman engages his reader with, reflecting the dilemmas of a fifty-year-old conflict with the terrible choices that one man is forced to make. 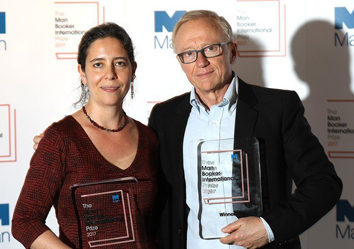 “You won’t believe your luck, but today, August the twentieth, happens to be my birthday.”
A Horse Walks into a Bar, page 5
And there, on exactly that date, nine months before I hatched and forever upended the ecological balance, what do you think yours truly came across? The Sinai Campaign, on the nose! Do you see where I’m going with this? Isn’t it some crazy shit, you guys? Abdel Basser announces he’s nationalizing the Suez, the Canal is slammed shut in our face, and my dad, Hezkel Greenstein of Jerusalem, five-foot-two, hairy as an ape and with lips like a girl’s, doesn’t even take one second to consider before he goes off to open her up! […] ‘Spread you legs, Mrs Greenstein! Take this, Egyptian tyrant!’
A Horse Walks into a Bar, page 15
Egyptian President Gamal Abdel Nasser announced the nationalisation of the Suez Canal on 26 July 1956. Dovelah claims to have been conceived on that day and born 20 August, giving him a gestation period of just more than a month, or close to thirteen months. While his audience challenges Dovelah from time to time, no-one questions this clear attempt to ingratiate himself with his audience and to make relevant his personal story. This is a small detail that didn’t have a place in the review, but is a good example of an author’s use of unreliable narration. What this tells us is that Dovelah intends to shape his personal story into a narrative that also reflects upon the conflicts Israel faces, which have historical antecedents which must also be addressed.