I finally finished The Federalist Papers special reading project completely this morning. The Federalist Papers were a series of 85 essays written by John Jay, James Madison and Alexander Hamilton in 1787 to 1788 in defence of the new federal constitution of the United States of America. I prematurely announced the project was finished at the end of 2019 when I completed the last paper. However, I realised that a list of the titles alone was not adequate for me to locate specific subjects I had covered if I wanted to return to the subject in the future. Also, if there was the slim possibility that someone else might be interested in using my outline for their own purposes, I knew an index was required. So I committed to writing an index for the pages a short while after finishing my outline, but I didn’t get around to starting that until February this year.

I finished the index this morning.

To complete the index I reread every Federalist paper, checked my summaries and wrote the index entries one paper at a time. I updated some references to modern context I had made. I also corrected many errors I found along the way. I hope there are as few errors as possible now.

If you are interested in checking out my work on The Federalist Papers, or at least look at the index I wrote, click here or the image. The link will take you to the main page of the project. The index can be accessed by clicking on the menu titled Federalist Papers Index in the top left hand corner of that page. 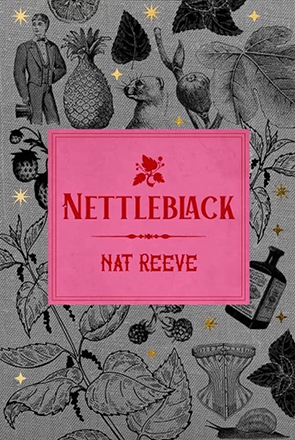 Reviewing again (when I finish!)

I got back to reading a book yesterday which I will review for the Reading Project. It’s not that I haven’t read a book in the last two months, but I haven’t had time or felt up to finishing a book for review. I caught Covid after my last review and it took me a while to get over the effects. I had trouble concentrating and motivating myself. I listened to some talking books and read a couple of books as I began to feel better. But then work was also busy. I had an interstate conference I had to attend, so I abandoned my intention to review To Sir with Love, which was a book I had always wanted to read. It’s dated now, and some of the attitudes of the teacher would seem a bit weird today.

I’ve started Nat Reeve’s Nettleblack. It’s set in the 19th century, but it deals with an issue which is currently topical, sexual identity. It’s supposed to be a fantastic book, so I’m looking forward to it. 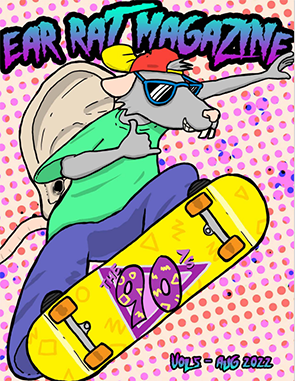 Hasty began this project during the darkest days of the pandemic lockdown with Ear Rat’s first issue themed ‘The Boring Plague’. This time he is back with an issue on ‘The 90s’.

Now, I have to say that the Great Rat issues our assignments and lets us work without any editorial intrusion. Themes are open and up to contributors to interpret as they will. So, I’m handed the brief and I scurry back to my hole where I begin treadling my adapted racing bike to power up my computer, and I enter a fugue state as I await the voice from the temple to whisper words of inspiration into my ear (which is on my back). And my hands scurry like mice upon the keyboard as my eyes dance, as though in REM sleep, and what emerges upon my flickering screen is beyond my ken, at least at first, and I send it off to Great King Rat who does his magic.

I’m just saying: don’t blame me if my contribution this time round isn’t as cool as the cool looking cover for Ear Rat 5. I review books. How uncool is that? But there are other contributors to this edition and they are cool, and you should totally check it all out. Click here or the cover image to be taken to the page where download magic can happen for you!

A Trip to Canberra

This last weekend we took a trip to Canberra, the capital territory of Australia where Australia’s Parliament House and High Court are located. While in Canberra we took a look at a couple of Canberra bookstores and took some panoramic shots for our banner display at the bottom of the main page of this website. I put those up this morning.

We visited Canty’s Bookstore located in the Canberra suburb of Fyshwick. Canty’s has a large rang of second hand books and a few new books. The store boasts 1.2 kilometre of shelves, which may or may not be a slight exaggeration (I didn’t take my measure), located in three rooms. I didn’t buy any books at Canty’s but I noted that they had over almost half a shelf of space devoted to copies of a new edition of Joseph Conrad’s The Secret Agent, which seemed like a strange thing.

We also visited Harry Hartog Bookseller. We targeted this bookstore in particular because there is a chance that this chain will be opening a store in Penrith soon. We’re hoping this happens because Penrith’s largest bookstore, Dymocks, closed last year after its owners retired. Harry Hartog had a large number of shelves outside its entrance loaded with second hand books – enough to form another small bookstore – as well as a good range of new books and gifts inside. This time my resolve broke and I bought two books from this year’s Booker Longlist which looked interesting: Small Things Like These by Claire Keegan and Glory by NoViolet Bulawayo. 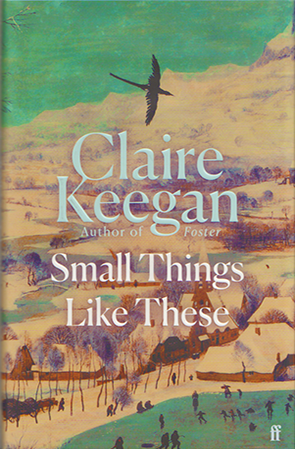 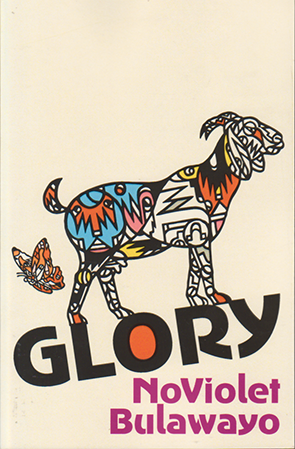 Toriaz, on the other hand, bought books at each bookstore we visited, including Berkelouw’s Book Barn in Berrima on our way home. Berkeleow’s has been the subject of previous blogs. 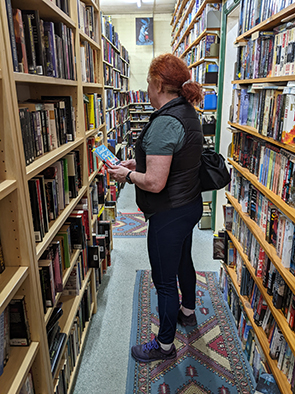 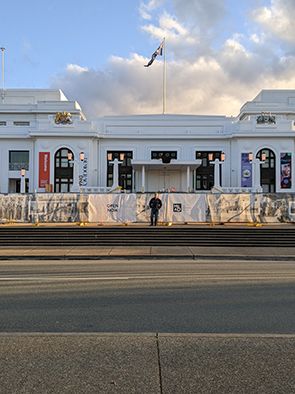 Me, outside Old Parliament House, currently being restored

A new way to engage with the great writers...

The following is not a promotion, but put here more in the manner of being amused. My sons have STEAM accounts. STEAM is an online store and platform for computer games. But it was Toriaz who sent me a screen shot of a tweet she saw about the following, and later confirmed it was real.

There is a new game offered by STEAM called Write N’ Fight, based upon the classic arcade game format which includes Street Fighter and Mortal Combat. Two opponents face off and fight, using unbelievable (and frankly impossible) moves and powers. In this version, famous writers face off and battle until one is beaten. In the image below, Ernest Hemingway is delivering some kind of power blow to H.P. Lovecraft. I haven’t seen the game played, but I presume that each writer has powers derived from their fiction (that’s how I’d design it). If I’m right, Hemingway could be facing some kind of terrible cephalopodan horror in the next move! 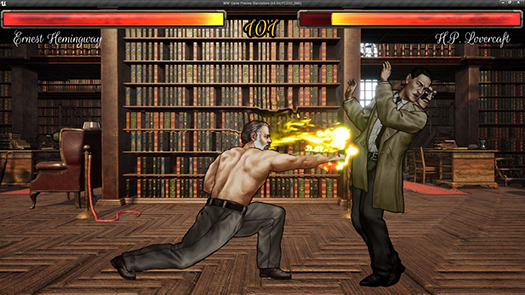 POSTSCRIPT: After I first published this post it was pointed out to me by two people that Write N’ Fight was removed from sale on STEAM by its developers after only a few dats due to technical issues. If you’re interested in this game, you might have to keep checking back on STEAM to see if it becomes available again.